There's a lot to see in this photo!

Our flight path took us north of Detroit, across the Detroit River and into Canada. This photo is looking south downriver, with Canada to the left and the United States to the right. Fighting Island (Canada) is in the foreground in the river and Grosse Ile (United States) is in the background.

The twin plumes of the Fermi Nuclear Power Plant on the western shore of Lake Erie are just visible in the background.

And you can see the moon just off the winglet.

This is usually when I'd take a picture of Jake looking out the window. I miss that. I am enjoying having the window seat, though.

It takes significant time and money to earn your pilot's certificate. And everyone I know that has done it will tell you that the FAA doesn't mess around when it comes to enforcing rules and regulating pilots. This idiot got exactly what he deserved. 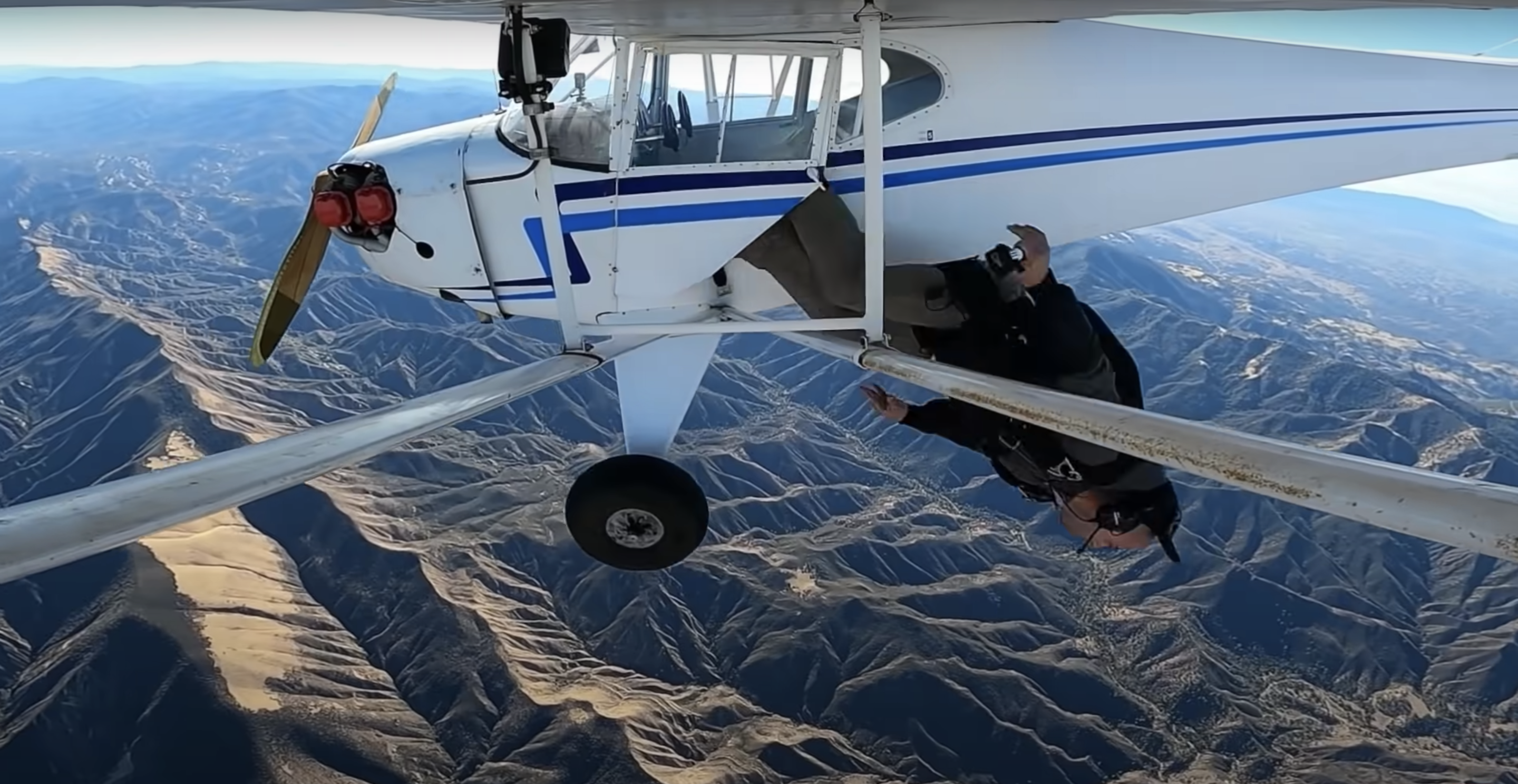 On November 21st, Trevor Jacob's single-engine airplane fell out of the sky.

Jake sat in the row behind Renee and me on our flight from Honolulu to Los Angeles, which gave me an opportunity for an interesting angle on my now traditional photo of him looking out the window as we fly. Here I caught him glancing at the first signs of land with the last bit of sunset still visible as we started our approach into LAX. I just love watching him watch anything to do with flying.

I thought the "ticket counter" might be able to help, so I headed upstairs as Jonathan headed to security. The agent was understanding, but could only offer a supposedly secret customer service number as help. I called on the way home and, after about a thirty minute wait, connected with the first of two agents that made the whole thing fairly painless, even telling me to take my time to make a decision. We called back in later in the evening and rebooked for tomorrow.

Planning a cross-country flight in ground school today. I've always had a thing for maps....

The snow has stopped and the roads are (mostly) clear. Ground school is on! So I'm off to the airport with Jake this morning.

Attending my first ground school class today, with Jake. And so it begins.

> As well as a stunning technical achievement, the project and world record runs provided important data for our future electric power and propulsion systems for all-electric urban air mobility and hybrid-electric commuter aircraft. The characteristics that ‘air-taxis’ require from batteries, for instance, are very similar to what was developed for the ‘Spirit of Innovation’.

Development of electric planes seems to be moving along quite a bit faster than I though. And it seems like the technology will grow the field, enabling urban air-taxis.

rolls-royce.com : ‘Spirit of Innovation’ stakes claim to be the world’s fastest all-electric vehicle

Technology continues to isolate us from each other, both in ways we're fully aware of (checking our phones constantly) and in ways I don't think we appreciate yet. Case in point on the latter — after taking my seat on my flight back home today, I noticed how quickly everyone turns to the seatback monitor and the entertainment options available for the flight. Many people, include the guy sitting next to me, plugged their headphones in before the system was operational. Granted, today's flight is a brief two hours long, which means you've got to start a movie right away if you hope to finish it before landing.

It's sort of sad, though. The chance of striking up an interesting conversation with a seat mate in a plane seems to have dropped considerably lately, thanks to technology.

But, the movie selection is decent. And I did sit behind an older gentlemen that chose to watch Roger Rabbit, which is kind of cool.

Some of my favorite photos I've taken over the years are of the boys doing something they love. For Jake, I think of all the photos I've taken of him flying...and these, the shots of him looking out the window, camera (app) in hand, on a commercial flight. The plane window always seems to do something amazing with the light, but his gaze out the window, which reminds me of his passion for flying, is why I love these shots so much.

I bet I've taken dozens of these over the years, and it never gets old. This one is special to me, though, because it's one of the first I've been able to capture in probably two years as COVID has kept us grounded (it's nearly the first — this is from our return flight and I did take a few on our outgoing flight).

And I suspect the mask Jake's wearing will remind me of that in the future.

I love the window seat, but, for me, it's the second best view on a plane.

This is the first.

This has always been one of my favorite views of Jake — watching him take pictures of planes from a window seat. He's still a kid in a candy store every time we fly, and I love that. It's been too long since I've seen it.

Here's Jake in final approach above the pilot controlled lighting.

I've watched Jake land countless times, and it never gets old for me. But watching him land tonight was really something. I headed over the the runway once I knew he was on the final leg of his flight. I sat there, in the darkness, waiting. Then, suddenly, the runway lit up all at once as the Pilot Controlled Lighting turned on. I couldn't see the plane yet, but knew he was close. Then I noticed his lights off in the distance and he was on the ground not long after. Seeing those lights come on as I sat there alone was truly amazing!

It's a beautiful night for flying!

Jake's heading out for some night flying tonight.

The crew grilled Jake a steak for lunch after returning from his solo cross country—that's a pretty good day!

And he's back! Mark the long solo cross country off the list!

What to do while waiting for Jake? Watch some ground school videos on YouTube, of course!

Heading out to take Jake to the airport for his long range solo cross country flight. He planned it last night - Fremont, to Lima, to Mansfield, and back to Fremont. He's beyond ready for this!

Flying toward Middle Bass Island in Lake Erie, on our way to North Bass Island, which is not yet in view.

Jake's flight instructor is taking it up a notch–he asked Jake to prepare the plan for his cross country flight today. Off to Mansfield in a few hours!

We saw Cedar Point off in the distance. I struggled to get a decent shot, but it was still great to see it from this perspective.

Ohio is actually quite beautiful when viewed through the window of a Cessna!

Tyler had Jake make several maneuvers while wearing the goggles, teaching him how to scan the instruments and to rely on them for feedback as the maneuver was underway. It's an odd feeling, I'm sure, and seems like it would be hard to get used to. Jake seemed pretty comfortable with it, though.

I finally went flying with Jake today. I'm not sure, really, why it took me so long and now I'm wishing I would have done it sooner. But, no matter. Today I flew with Jake for the first time.

Just flying in a small plane was, of course, an incredible experience. But, more so, seeing Jake pilot like a boss was nothing short of amazing. He was professional, practiced, and steady as she goes. And, to both of our surprise, his instructor Tyler had him put on the instrument goggles to start his instrument training. We flew for about an hour, and I think Jake was under the goggles for ~45 minutes of that.

Incredible experience, and now I can't wait to do it again.

We can back to The Hangar restaurant at Albert Whitted airport for a second time. The plane watching and the food are always great, so Renee and I were happy to come again when Jake asked.

We watched several smaller planes take off, and this Pilatus PC-12, a single engine turboprop. Several helicopters made their way in and out, too.

We had breakfast at The Hangar restaurant at Albert Whitted Airport this morning, always one of our favorite things to do while in St. Pete. Jake is always in absolute heaven while we're there. I'm sure he wishes he was flying, but I think he has almost as much fun plane-spotting.

There was quite a bit of action today, too. We watched them pre-flight this Pilatus PC-24, which Jake educated us on a bit. Pretty cool to see one of these in person–private jet rated for off-road landings, not that they needed that today.

Half way through breakfast we watched it takeoff. Looks like it was flying some couple to West Palm Beach.

It's a perfect day for flying! Jake is heading out for a little pattern work with his instructor and will then book some solo time.

Today was one of my proudest moments as a dad.

Jake was born on Christmas day, sixteen years ago, which means today is the first day he can legally fly a plane solo. The weather wasn't great this morning, so Renee and I thought he'd miss the chance to do it on his birthday. But the clouds eventually cleared (a bit!) and the wonderful people at Fremont Airport took time out of their Christmas morning to open things up just for Jake. So we headed over to the airport, along with Grandma and Grandpa, and eventually watched as Jake taxied away for the first time with an empty right seat...and took off on his own.

It was such an incredible feeling to watch him as he took off. To see him achieve a goal that he has worked so hard for was incredible.

And, surprisingly, we weren't that nervous. Jake asked Renee and I about this later in the afternoon. I didn't really think about it until then, but once I did it was clear - we weren't nervous because we know how hard he had worked for this. How well trained he was. How prepared he was. Sure, we were a *little* nervous. But our pride *far outweighed* the nerves.

What a great day.

As tradition mandates, Jake's flight instructor, Tyler, cut his shirttails after the solo flight, symbolizing Jake's readiness to fly without someone pulling on his shirt to give instructions!

Jake completed his first solo on his 16th birthday!

Jake was all smiles after returning "home" to Fremont Airport after his first solo trip to another airport.

Jake's shirt tail is on display at Fremont Airport, fresh from his first solo on Christmas Day

Jake's getting ready for his upcoming solo flight, lots of takeoffs and landings today!

Looking through the roof of my car as Jake takes off. Never gets old.

Early morning skies had us wondering if Jake would be able to fly today. The clouds cleared almost as we arrived at the airport, though, giving him a perfect day.